Hotels and Points for Hawaii

Update on Flight to Hawaii and Keeping Track of Our Luggage

Planning the Trip with Points and Miles

Timeshare At The Hawaiian Princess

Travel Tips and Aids for Hawaii

We found that the book series called “Hawaii Revealed” helped us enormously in getting around the islands, finding shortcuts, knowing where to stop for beaches that have no signs.  We bought ours on Amazon (5 x points with your Chase Freedom card).  We actually bought three of them, one for each island that we visited.  As we were driving up Rt. 19 on the Big Island, we read the narrative and saw sights that we would have missed without these books.

While on the Big Island at the Hilton Waikoloa Resort, we found that we did not eat any meals there with the exception of the Luau (which was really good).  Just before  the Hilton is a group of stores on both sides of the road called the Kings Marketplace and the Queens Marketplace.  In the Queens Marketplace, we ate at a Macaroni Grill.  We also picked up snacks, soft drinks, muffins and breakfast goodies at the Island Gourmet.  Yes, it was expensive but much less expensive than purchasing snacks from the hotel snack shop.
In Kauai, we were on the Poipu Coast.  We found a Gourmet Farmers Market in the Shops at Kukui’ula that was held on Wednesday afternoons.  If you have a chance, stop here.  There are also a number of great little shops and restaurants as well.  We came back here on Thursday night for dinner.  From the Grand Hyatt, it is less than 10 minutes away on a straight road which is Poipu Road.
As you are on this road going back to the resort area, you’ll pass another shopping area – Poipu Shopping Village.  Stop here for lunch.  You want to find the Puka Dog take out restaurant.  A Puka Dog  is an island specialty.  They bake sweet Hawaiian bread and impale it on a rod.  Once the hole is made they insert either a sausage or a hot dog and then it is topped off with your choice of fruit relishes and/or Hawaiian mustard. 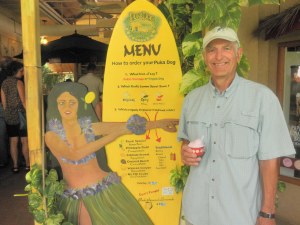 At this same shopping center, they have Tahitian Dancing twice a week.

If you are headed to the Waimea Canyon, stop in Waimea and go into Ishihara’s market and head to the deli.  They have wonderful to go lunches there.  We had Korean chicken wings, a noodle salad and rice.  I believe the lunch was under $10 and there was more than enough for both of us to eat and to have leftovers as well.  Just past the market you take a right to go to the Canyon.
Two tips about the canyon – you will find a couple of vendors selling palm woven baskets for about $20 each.  If you get them when they only have two left, you can bargain because they want to go home.  I suggested $15 for one and instead, since he wanted to go home, he gave me 2 for $20.  In my mind, I’m keeping an island tradition alive and have a nice momento.  The other tip, when you get to the restaurant and museum with cabins keep going because it is not the end of the road.  Go all the way to the end which isn’t that much further.  You might find some fruit vendors at the lookouts – enjoy the fresh pineapple, dragonfruit, papaya, etc.
Finding a great beach on The Big Island – as you go out onto 19 North from the Waikoloa Beach area turn left at the next paved road on the right.  Go down the road till you see the Recycling Center and turn an immediate right.  Continue down for about 3 miles and you will come to a small parking lot on your right.  Pull in.  As you leave the parking lot to go to the beach, you will see a little meter for non-Hawaiian residents to pay.  From our understanding, the machine is broken and no one came by to check on us or it.  This is a nice little beach, large lava rocks in the water, calm water for swimming and snorkeling.

The second public beach that I want to mention is at the Mauna Kea Resort.  Again, continue up Rt 19 North and you will see the sign for the Mauna Kea resort.  Turn in and stop at the gate house and ask for a parking pass for the public beach.  They only have 40 spaces so get there before 10:00 on weekends.  The public beach was there first and the resort was built up around it.  The deal that they made was to keep 40 parking spaces available for the public.  It is a very nice beach and I would recommend it.
Those are some of my Hawaiian tips – let me know if you use any of them or have been to some of the places I have recommended.
If you have enjoyed reading my blog, please consider joining the other 350 readers by having it delivered to your mailbox with each post.  If you go to the right, you’ll see a box for Follow This Blog.  My goal is to have 500 followers by the holidays – please help me make this wish come true!

Friends of my husband gave us their timeshare at the Hawaiian Princess.  I was really excited since I had never been to Hawaii before.  We were warned that it was in a “depressed part of the island” where many of the workers lived.  Nevertheless, it was the impetus for this great trip for us. 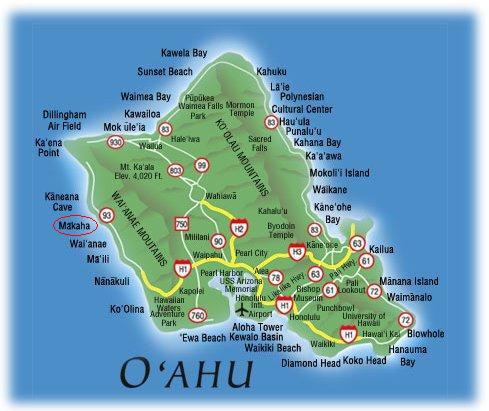 The Hawaiian Princess is in an area called Makaha which is in the  northwestern part of the island, about three quarters of the way up the western coast.   It is a gated high rise with 16 floors, the highest building for miles on a nice beach.  There is a swimming pool and hot tub outside as well as a small park to the left of the building. 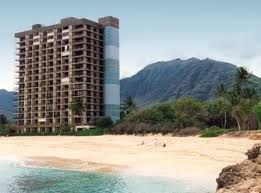 We were given our key and fob (used to open gates and elevator) and parking pass.  We had a nice one bedroom corner unit.  As we arrived around 5:15 we noticed that the sun was streaming into our unit and it made the unit very hot.  We did have a gorgeous sunset from our wrap around balcony.  The kitchen was well appointed except for the dull knives and no staples except for take-out salt, pepper and sugar.  It did come with a small box of dishwasher detergent, a sample box (like you would buy in a laundromat) of detergent for washing our clothes in the washer/dryer that is in our unit.

We were warned not to go into the park next to us as it was a bit sketchy.  Other than one morning seeing a many who had slept there all night, it didn’t appear to be sketchy but we heeded the warning anyway.

Our first morning we drove to Schofeld Barracks in the center part of the state to get information from the Leisure and Travel office on base.  We booked tickets for the next day at the Polynesian Cultural Center but did not book the luau.   In our travel guide book “Oahu Revealed” it suggested we would do better having a luau on another island as they tended to be smaller. in numbers

After the “housekeeping duties” were complete, we headed up to the North Shore where I had to have a Shave Ice at Matsumoto’s General Store in Haleiwa.  Apparently this is extremely famous and I had actually seen something about it the week before on one of the travel channel.  We also got a shrimp dish at Giovanni’s Shrimp Truck – very good. 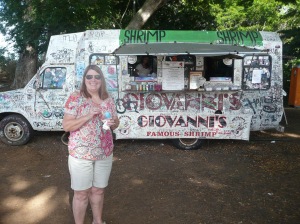 As we drove up the shore, we noticed all the red flags around the beaches.  The surf was breaking right at the shoreline and the water was rough.  No one except surfers and boogie boarders were in the water.  The sand was also a coarse.

After a long drive, we went back to our condo.  Next up, Polynesian Cultural Center.